How much will your next WAN cost?

A discussion on WAN costs and what your business should consider when setting budgets.

Request WAN costs for up to 20 sites

The answer depends on the technology, access medium and managed services. Broadband based Internet VPNs begin at £50 per month with Global MPLS, VPLS and SD-WAN Ethernet connectivity starting at approx £300 through to well over £1000 per month in certain regions.

How to align WAN provider & vendor capability with your own business goals?

Deciding between WAN providers and establishing which vendors to engage is becoming increasingly difficult. Saving money on network operations is a high-level goal and could potentially result in negative consequences without the correct analysis. The perception of WAN technology vs. pricing? At the most high level, there's the perceived cost of the technology services. In general, the market supports the notion that using Internet connectivity with Software-Defined WAN & VPN security (IPSec) is the most cost-effective solution to meet a tight budget.

Related: We've created an online quick assessment, find out which providers fit your requirements and why in less than 5 minutes.

Whereas MPLS is deemed to be a high cost in part due to features such as privacy and application performance gurantees from quality of service (QoS). A crucial often missed component of WAN cost reduction is how managed networks bought on the basis of low pricing often constrain businesses resulting in hidden costs due to business process impact. Let's look at each networking capability type.

What about the IPSec VPN?

The Internet VPN is experiencing somewhat of a resurgence due to the popularity of BYOD (Bring your own Device), remote working and public based cloud computing. In the late 1990s and early 2000s, the Internet VPN became an attractive alternative to Frame Relay and ATM . The Enterprise had become used to paying relatively high premiums. The realising that businesses could leverage their Internet connectivity for WAN services created a new market.

Today, public based IP VPN is viewed as a basic cost effective method of securing networking devices, home workers and small branch offices. I freely admit that this view is very generalist as there are multiple large organisations using IPSec solutions but the market view is one of specific use cases with the perception of low cost.

Around 2002, layer 3 VPRn (Virtual Private Routed Networks - referred to as MPLS) hit the seen with promises of end to end traffic priority (QoS) and inherent privacy removing the complexity of IPSec. The value justified the cost premium vs. Internet connectivity. With 2Mbps connectivity bandwidth representing the most popular option, QoS provided an opportunity to prioritise mission-critical traffic. The average Enterprise was willing to pay the cost for privacy and application control.

There is a significant amount of buzz surrounding SD WAN both from the ability to support any connectivity type with significant feature benefits through to huge cost savings.
In reality, the majority of cost saving preaching is from SD WAN vendors leveraging Internet connectivity as a comparison to MPLS solutions. In other words, the marketing suggests an Enterprise should be able to procure the most cost-effective public IP (Internet) circuit for any given location and layer on an SD-WAN device. There is truth in that statement, but the implications must be carefully considered when looking at WAN cost. Global latency, service levels, support and even the stability of using multiple telco services are just a few considerations.
Netify firmly believe that SD WAN technology represents the future of WAN services based on the fundamentals of data security, treatment of application traffic, access to public cloud-applications and the capability to terminate and circuit type from whichever global provider you may believe to represent a good fit.

As a technology, SD WAN is more than the cost saving achieved by leveraging cheap Internet connectivity. In fact, one of the key SD WAN benefits resides in the technologies ability to support any data connectivity medium, in-built next generation security, reporting and application path selection. The overall single device product offering will ultimatly reduce total cost of ownership.

What are the elements which make up your WAN cost proposal?

What are the components of WAN pricing?

The edge router - CPE (Customer Premise Equipment) capability and type is directly attributed to both throughput and solution feature-set. We normally propose Cisco hardware but sometimes deal with Juniper depending on the BT product in question. Over and above features and throughput, you may require two routers in a high availability configuration which increases cost.

The feature-set may include QoS, Firewall services, reporting, encryption and so forth. With every solution feature, more memory and CPU performance will be required resulting in a larger, more capable device with higher costs.

The tail circuit - The access pricing to your site will be based on distance to the provider's network and circuit size. A location situated out of a metro area will result in higher cost vs. An office next door to the local PoP (Point of Presence). In some instances, metro office locations may be classed as on-net resulting in massive cost reduction due to no networking tail requirement.

Other elements include diversity where a second circuit is routed as failover to the primary with no single point of failure, subject to survey. The WAN cost implication depends on work required to create the diversity and tail circuit distance to the second diverse PoP location.

WAN circuit size - The cost of Ethernet services has decreased measurably over the last five years. The average Enterprise is now opting for 1Gbps services which are perhaps the most prominent change vs. the tradition 100Mbps option. To further decrease WAN cost, further data networking options exist including tiered bandwidth and burst traffic options.

Managed WAN services - The elements of Managed Services are numerous, but essentially the cost will relate to both the hardware, installation, support and people resources servicing your account on an ongoing basis. When comparing WAN providers, the elements offered within contract vs. the elements offered as extras must be identified. Resources such as project management and service management may be included within your costs, but often, specialist teams are an additional component of proposed products.

Network monitoring - Good statistical data analysis will save money due to insights provided when growth or decline of traffic is identified. Armed with good all round data, you’re business will be able to baseline measurements for every component of the network and measure over time. The cost of adding statistics varies depending on the value proposition as newer technology is brought to the market.

Change requests - The subject of change costs could relate to simple ongoing administration changes to the network or more complex additions due to business growth perhaps by merger or acquisition. Understanding your business strategy will go someway to understanding the impact of growth and change. for example, a certain site is ramping traffic, there may be a requirement to change the corresponding circuit. With this in mind, clarity on the potential price of such an upgrade before signing contracts is often a good idea.

In general, WAN providers will support your organisation with simple change requests for a nominal fee. The more complex changes may require additional technical design authority or project management - clarity on these potential costs is highly recommended.

Contract length - Discounts are provided for term contracts, typically 3 or 5 years. The assumption often made by IT teams is that terms are restrictive with regards to WAN cost benchmarking. However, providing a new term is signed, networking providers will often look to refresh pricing at the point.

Data Security and Cloud - The network today is much more than simple connectivity. IT teams now have to consider the surrounding elements of comms to calculate the cost of WAN services. Security is of paramount importance, representing a significant component of WAN cost. One of the reasons SD-WAN services are receiving attention is in part due to the inbuilt granular security policies. The ability, regardless of connection, to apply packet inspection. Cloud resources support the WAN via backup and storage and DR (Disaster Recovery).

Global connectivity - National UK connectivity is easier to predict when setting WAN cost budgets, although PoP distance remains a factor. On the flip side, Global WAN costs are somewhat harder to calculate as the pricing is far more variable vs. region. As an example, UAE pricing is often found to be the highest of any location on a global basis. At a base level, the further your office from the local, regional POP, the greater the data bandwidth pricing increase.

How to achieve the best WAN price points?

Achieving the best possible commercial outcome is dependant on a couple of factors:

The above two points may sound a little basic and obvious. However, in our experience, businesses are driven by discounting often fail to focus on the core capability elements they are attempting to procure. We’ve witnessed pricing become almost 80% of the focus when moving through sales process for WAN services - the results are never great.

With the above said, IT teams are acutely aware that the default pricing offered by WAN providers for the Internet, MPLS, VPLS, private circuits, cloud and security are almost always up for a discount. In our opinion, we would ultimately prefer a model of transparency where no discounts are offered because the price is based on cost plus a reasonable profit to support the business and growth.

Until this is the case, IT teams must articulate the components of their requirements and seriousness to buy the capability. Special pricing (as the department is typically called) will, as a rule, provide more focus on bid submissions which state a) the requirements and b) the intent to buy the service.

The discussion of WAN pricing remains the subject of much debate within the telecoms industry. Cost savings marketed by providers are usually based on hype more than reality or a reduction of service levels to meet a low price point.

SD-WAN is a clear example of where the hype of ‘cost savings’ is overtaking the fundamentals of product capability. I believe the Software Defined WAN is only going to increase in demand based not premise of transport independence with well-defined security aligned with significantly good features. If you check out the majority of SD WAN providers, their blogs and product pages are full of headline-grabbing cost-saving promises gained by leveraging the lowest cost bandwidth connectivity.

Our experience suggests the fundamentals of data traffic performance is governed by physics (transporting packets takes time), network provider core network performance variability (some providers are better engineered than others) and features such as application caching or acceleration.

The truth is that the underlying connectivity must be considered regardless of marketing
promises.

Hybrid networking is often the answer to meet cost demands

In respect of hybrid networking, SD WAN is an ideal technology to terminate the right connectivity based on business needs. Perhaps MPLS VPRn between core offices, VPLS between data centres and Internet for smaller branches and remote users. All terminated by the latest SD WAN technology.

The example is clear here. Regardless of the technology, the underlying data connectivity and bandwidth will ultimately govern maximum performance, throughput and uptime. 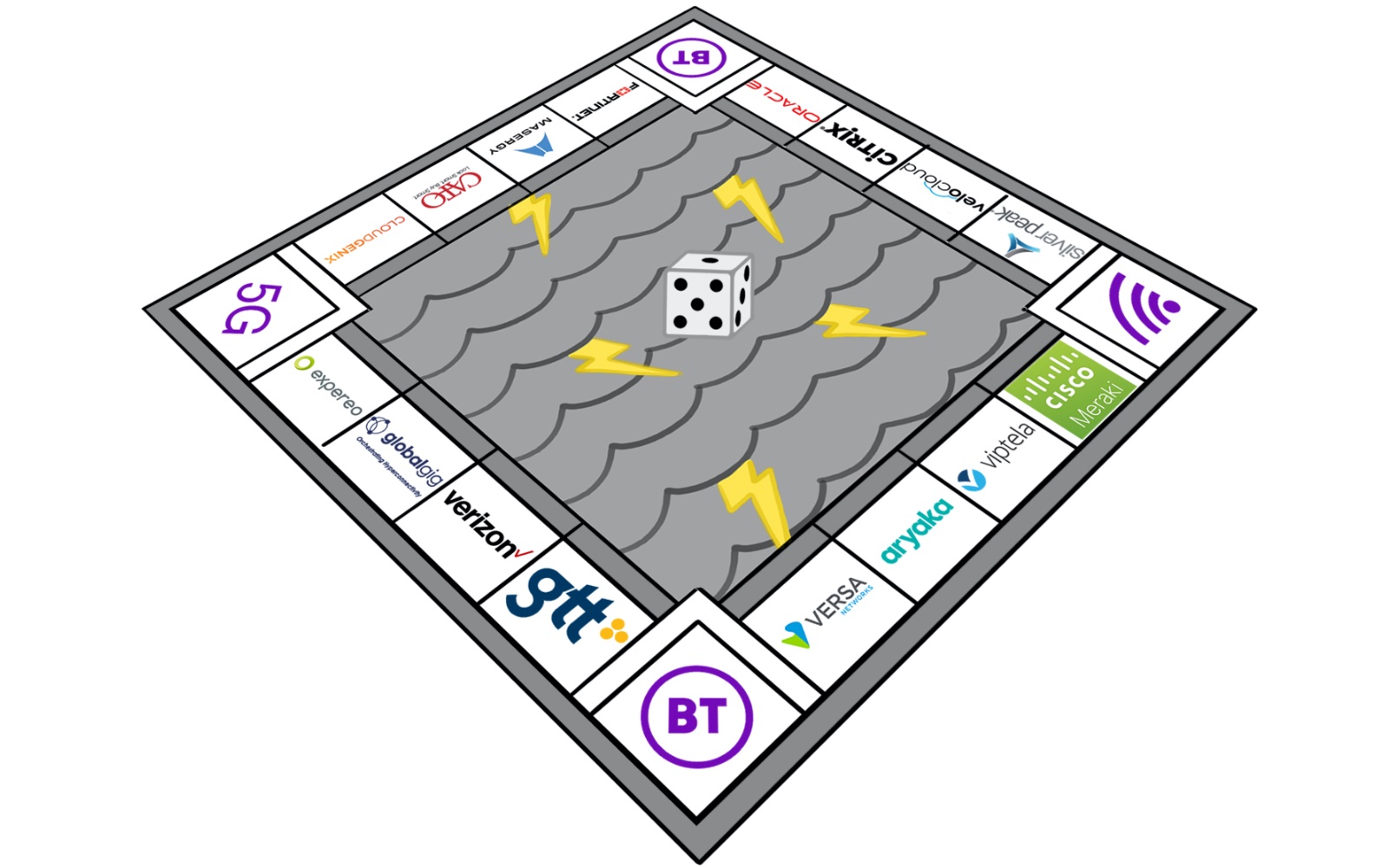 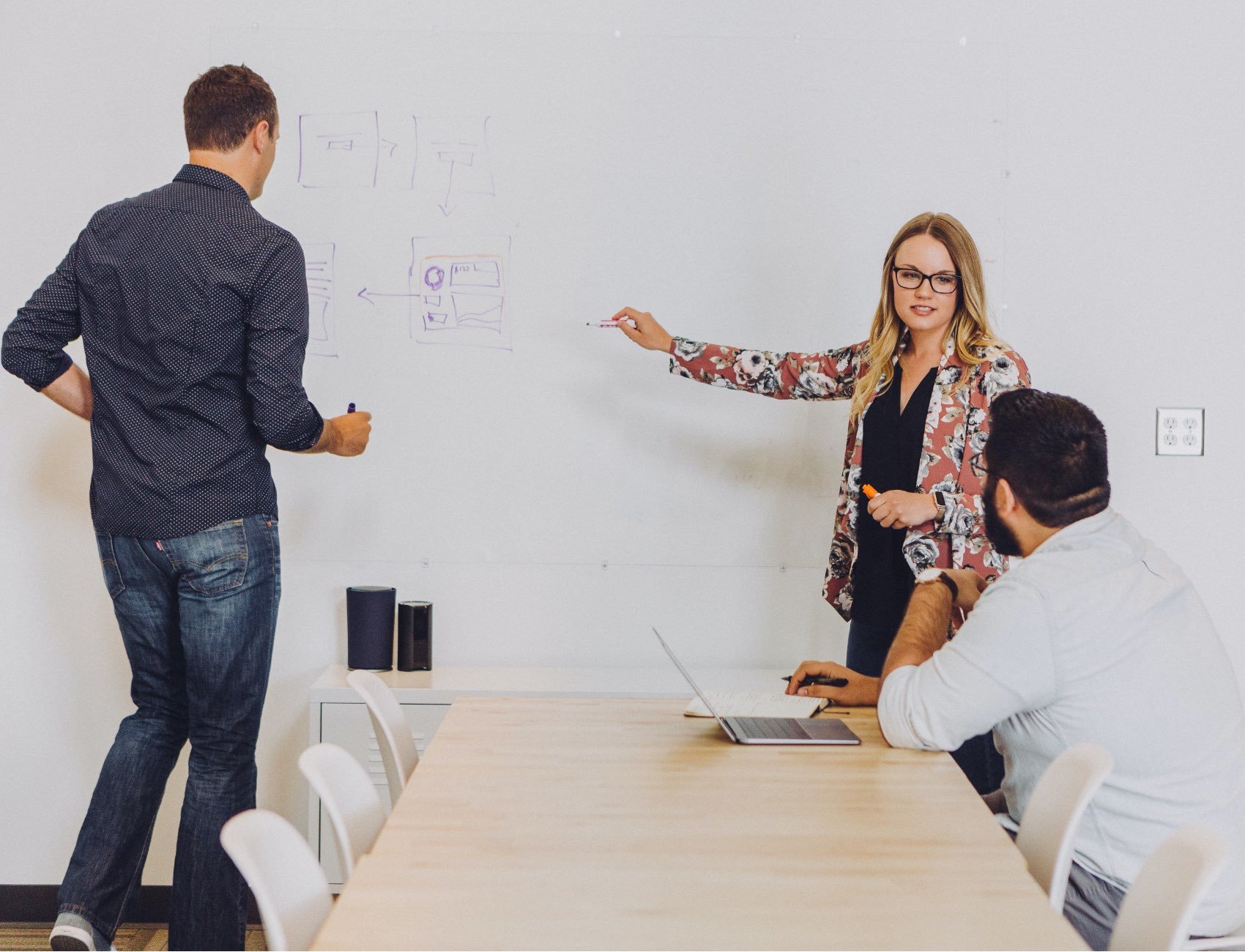